Found myself in Glasgow twice in quick succession and obviously Scotland is famous for it's tapas... Ok so maybe not, but it did give me the opportunity to sample La Tasca's new menu and compare it to Cafe Andaluz, which has two restaurants in Scotland one in Edinburgh and one in Glasgow.

Up first, La Tasca. The last time I went to la Tasca, the food was pretty average. It felt like everything had just been heated up and nothing had the freshness of the tapas you get in Spain. A year or so on, I read on twitter that they had launched a new fresher menu, detailing what is and isn't gluten free and even selling Estrella Damm Daura (gluten free beer)! The food was much improved, Chorizo tasted more authentic, a lemon chicken dish much fresher and a creamy blue cheese potato gratin had good flavour. It was a lot better than previous visits, and washing it all down with a gluten free beer was definitely a highlight. La Tasca, often does 2 for 1 deals and at that price, it's good value for money. It's not ground breaking, but much improved.

Cafe Andaluz also had a very coeliac friendly menu, again detailing the dishes I could and couldn't have. The large selection of tapas was definitely some of the best I've had outside Spain. There was some really tasty cooking here using a combination of local and Spanish imported ingredients. Patatas bravas had a nice spice to them, a Valencian paella fresh and full of flavour and spicy beef with manchego cheese a tasty combination. The real highlight however, was a grilled goats cheese with Seville orange and chilli jam. The cheese melted beautifully in the mouth and the orange and chilli was a perfect accompaniment.

Big improvements have clearly been made by La Tasca and it's definitely a step in the right direction but Cafe Andaluz definitely had the edge.

Here's some pictures from Cafe Andaluz: 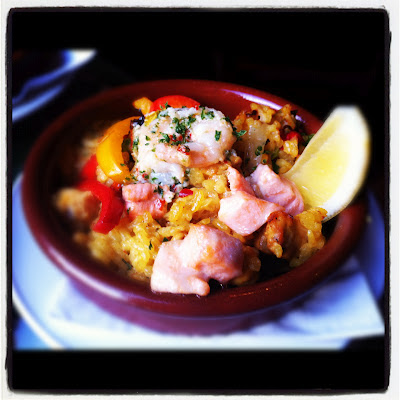 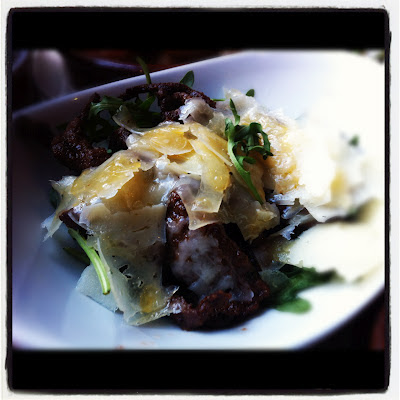 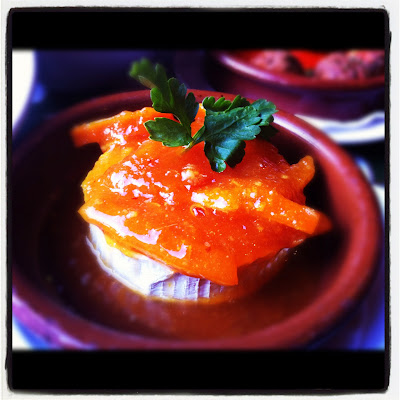 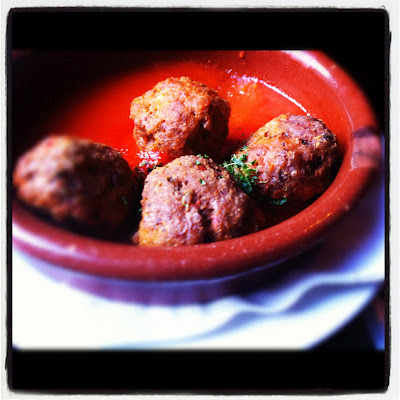 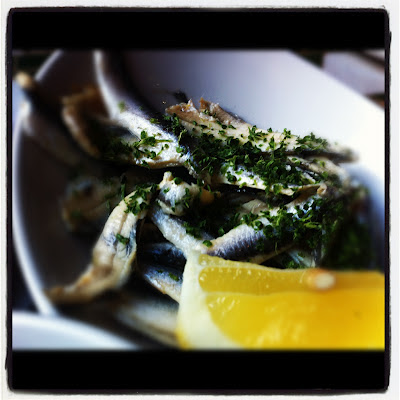 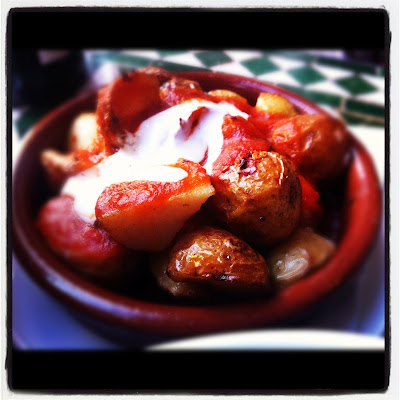 Last week I reached out to my twitter followers seeking a recommendation for a good restaurant in Scotland's capital Edinburgh, which could cater for gluten free. I had a few suggestions, but we finally settled on an Italian from @EdinburghFoody called Centotre. It was a fantastic find. 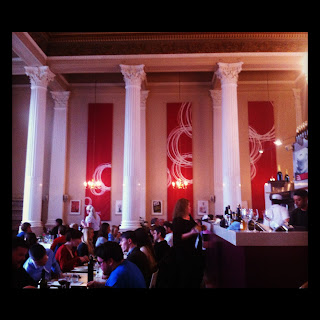 Situated in an old Bank of Scotland, it was an impressive room with high vaulted ceilings and fresh flowers on each table. When I informed the waitress I was gluten free, she returned with an impressive gluten free menu. There was a wide range of dishes I could chose from, which can be quite rare in Italian restaurants. I went for a classic, pepperoni pizza which was fantastic. My girlfriend had one too and couldn't tell the difference between hers and a friend's non-gluten free one. The base was light, soft and crisp round the edges - perfect. They use a 'fior di latte' mozzarella on some of their pizzas which was simply divine and the Italian sausage had a hint of spice. All in all a perfect pizza. Polished off with an ice cream sundae of vanilla ice cream, Amarena cherries, fresh pineapple, toffee brittle and whipped cream, it was a great meal.
Attentive service and a great atmosphere, I'd definitely recommend Centotre.
No comments:

With this blog, I think I'm going to have to leave the pictures to do the talking. The tasting menu that Nobu, in the heart of Mayfair, creatively put together to cater for my gluten free needs stretched to 12 courses. 12 courses of some of the finest Japanese inspired food I have ever eaten, but I'll admit I was struggling to keep up with all the descriptions! There is a fusion with South American ingredients in many of the courses such as Yellowtail Sashimi with Jalapeno. I would struggle to do justice to the complex flavour combinations and subtle balance that these dishes carried. Some real highlights were a beautiful lamb cutlet in a fiery red chilli sauce, oven baked prawns with spinach, truffle oil and parmesan and some beautifully cooked savoy cabbage with truffle. The only dish that wasn't to everyones taste was the sweet shrimps and scallops.

They catered incredibly well for my gluten free needs. The four of us opted to have a tasting menu, which our waitress said wouldn't be suitable for coeliacs. Instead, they put together a bespoke menu selecting dishes which would be suitable and on the odd occasion mine was served separately (using gluten free soy sauce). It was a Saturday night, and the bustling, dimly lit restaurant had a great atmosphere with people enjoying sensational japanese cuisine. It's perfect food to share and talk about and all the dishes certainly ensure your palette is kept on it's toes. We opted against having the dessert courses for some more savour, they were incredibly flexible and creating a magnificent dining experience.